The traffic in Bangladesh is some of the worst I have ever seen, it’s hard to know how to even begin describing it to someone who has never been to a highly populated developing country before. For those who have been to a country like India or Vietnam (previously the worst I had seen), take my word for it, the traffic in Bangladesh is exponentially worse.

For those who haven’t experienced this kind of traffic first hand, here is a analogy: The entire country of America is now Los Angeles and it contains 10 billion people, and there is no escape from the congestion, traffic, smog, and honking of horns. In reality Bangladesh is a country roughly one third the size of California and contains a population of half the United States, at around 180 million people to the U.S. 320 million; yeah, that’s the kind of population density Bangladesh has.
﻿ 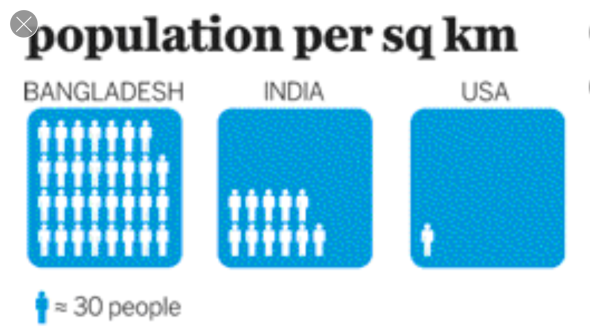 Considering the small size of the country you’d assume it would be easy to get around; but, with the reality of the population density and zero traffic laws this would prove untrue. I’ve spent 4 hours on a bus to travel 100 kilometers,(62mi), I could literally ride a bicycle faster.

There aren’t even mountains with switchbacks that need slow speeds to navigate: 50% of the country lies a single meter above sea level, and the majority of the remaining 50% is below 12 meters.
Maybe you’re thinking there is poor infrastructure causing this snail like speed? While some back roads between small villages are quite rough, almost every major road is quite smooth and well paved. ﻿
What’s causing this delay in traffic is: 1. Population density; 2. Peddling rickshaws going 10kph taking the same lane as electric  rickshaws at 20kph, CNGs (think smaller caged green Tuk Tuks of Thailand) at 30kph, as well as trucks, buses, and private cars going anywhere from 45kph to 80kph. 3. A single lane of traffic in each direction, with none of the above parties having any resemblance of empathy for their slower counterparts, overtaking them and pushing them off the narrow road into the dirt as they try not collide with oncoming traffic as the drivers do the exact same thing in the opposite direction!
After reaching all corners of Bangladesh, and even witnessing two buses overtaking traffic in opposite directions at the same time, nearly causing a horrendous crash, I feel lucky to be alive. Traffic conditions in Bangladesh are definitely not for the faint of heart.